The Mom I Want To Be 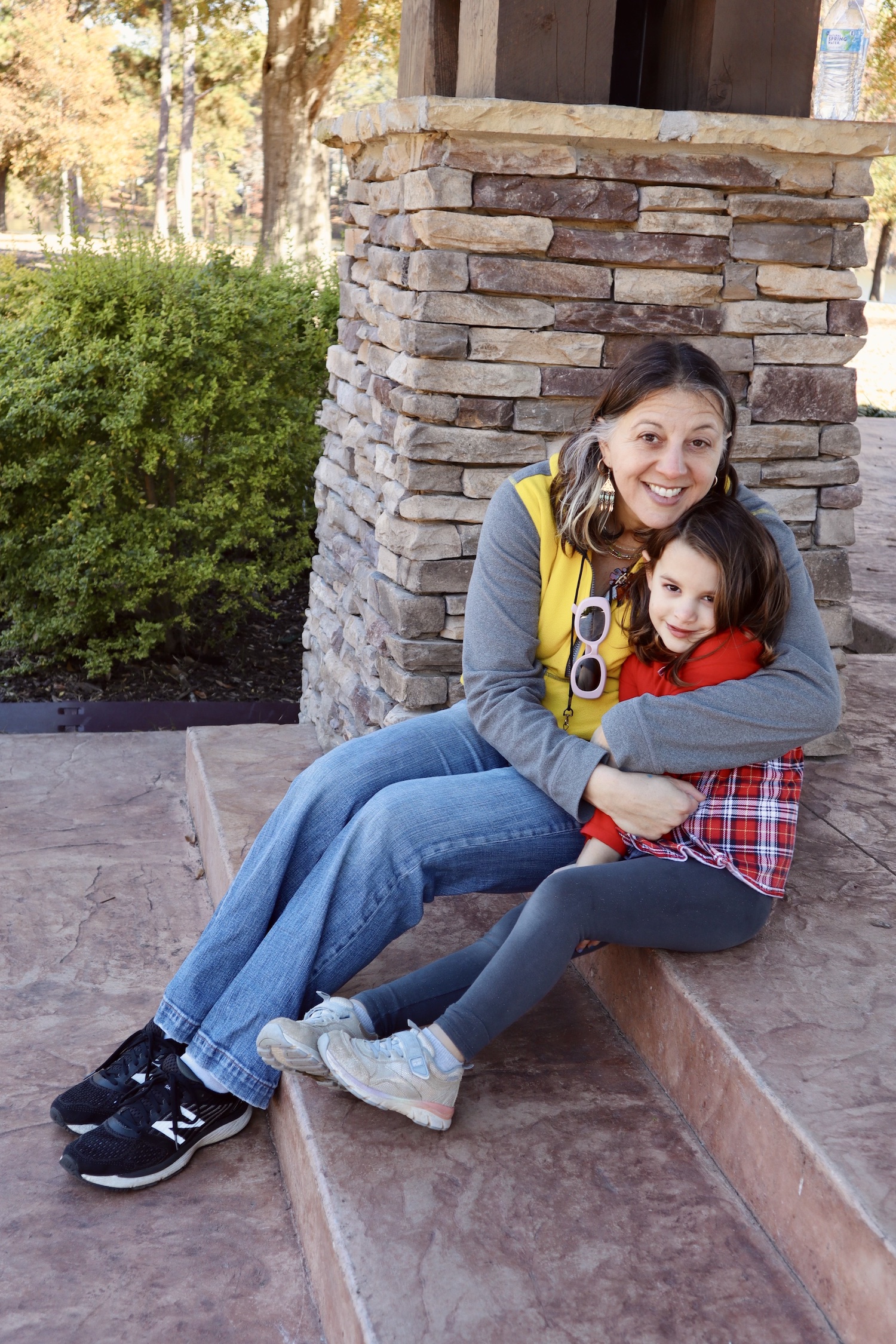 Me and My Youngest

Today is my youngest daughter’s birthday. She is 5 years old today. I remember the day of her birth like it was yesterday. And for me, that’s a lot. I typically don’t remember what I had for breakfast. I recall all of my children’s births so vividly. Maybe it’s because they almost came out in car each and every time. I was lucky that way.

I had my third child when I was 43 years old. By that time I felt like a pro even though I was deemed a “high risk” pregnancy due to my age. I was “high risk” for all three of my kids. I had my first chid when I was 39. My second at age 40. A miscarriage at age 42, then my third at age 43.

For my first two children I opted for a birthing center mid wife practice in Troy, NY because my experience with a traditional OB-GYN practice left me feeling disgusted and like a cow on an assembly line. I vividly recall one of the heartless gynecologists not wanting to even look at my birthing plan. So I left that practice for good and found a beautiful mid wife practice that operated out of a birthing center. When my husband and I went to visit one of the midwives for my first appointment, it was the first time a medical professional ever put a hand on my belly since I was pregnant. I felt so much love for midwives in that moment and never even considered going to a traditional practice ever again.

Just before I became pregnant with my last child, we moved to Georgia. I was so fond of my mid wife practice up in New York that I feverishly searched for one nearby where we lived, but the ONE I found was not accepting any new patients. Bummer. Much to my dismay, I found a traditional OB-GYN and I wasn't at all surprised at the outcome.  After another horrible experience there where my husband, my 2 toddlers and I waited to be seen for over one hour, they threatened to take my older two children into another room away from us because my kids were rightfully bored and difficult to placate. Not to mention that the office was NOT a kid friendly place and didn’t have any kid books or toys. What kind of a cold blooded baby tending practice is that? I guess they assumed all the moms who came in could afford child care for their other children, or that the existing expecting mom patients were pregnant with their first child and had no others.  Whatever the case, it was a shitty practice once again.  Subsequently, my husband and I stormed out of there and fired them. About a week later, they sent me a letter in the mail forbidding me to return. I wasn’t mad about it.

After this experience I was never going back to a traditional OB-GYN so I opted to pay about $3,000 that we didn’t have for a home birth mid wife. I was more scared of the money than I was of the home birth. I had easy labors and births for my first two and believed that I would for my third.

I hired a wonderful woman who makes me cry to this day, because of her unprecedented kindness and care for me and my unborn child.  This was the stuff of midwives.  Caring for expectant moms.  Caring for me.  And I felt every ounce of it.  I needed it too since my husband had to leave for work for four months during the last trimester of my pregnancy. That meant I was on my own with 2 toddlers, pregnant as hell, working a full time job with no family around. My closest family member was my mother in law, who was a 4 hour drive away. My parents were still up in New York.

Consequently, the sadness of my husband leaving me behind sent my body into a danger zone of pre-eclampsia, that landed me in the hospital for 3 days where they monitored my blood pressure. It got a bit better so they released me home; however, I was put on strict bed rest. When I mean bed rest I mean I was instructed to lay down in the bed for the last 40 days of my pregnancy. I was forced to take my maternity leave early but I didn't want to.  I received 90 days of maternity leave at my job (which was a good deal in the United States, but a sickening one in other countries) and I wanted to stay at work up until my water broke so I could milk every last drop from that leave and postpone day care for my newborn, like I did for my first two kids.  I called in a few favors and some of my family and even friends came to help me. When I say help me, I mean get my toddlers dressed, take them to day care, pick them up, feed them bathe them, feed me and do it all over again the next day.  It was tedious. 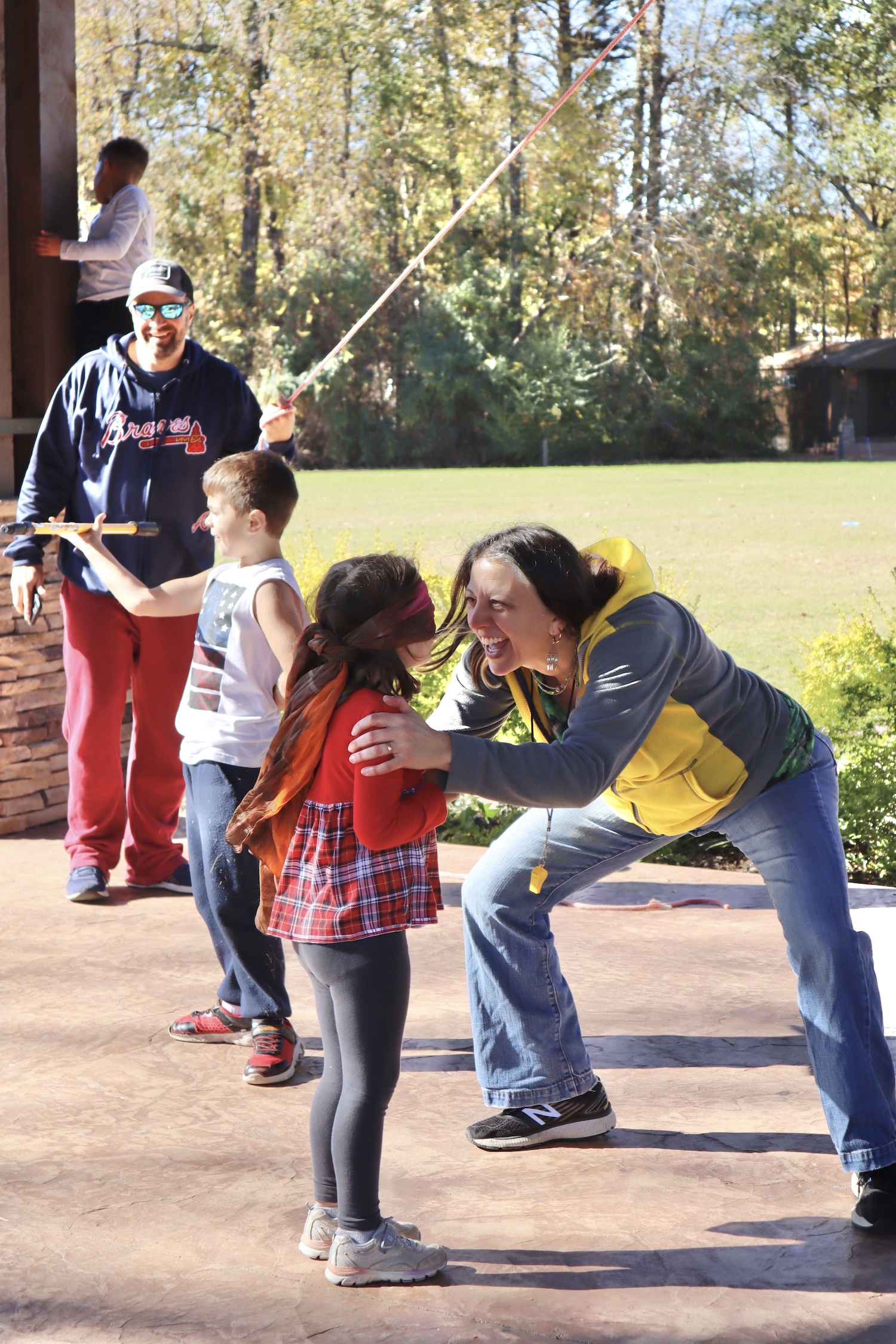 Unfortunately, I didn’t get to have the home birth I wanted because my blood pressure shot up dangerously again. My midwife drove me to the hospital at 8:00 pm that night, while my mother in law stayed with my toddlers. We arrived at the hospital at 8:30 where the apprentice mid-wife met up with us.  At 8:45 I had my third and final baby in a small waiting room of the hospital on a gurney with my mid wife and her apprentice watching me.  They were not able to do their job and help with my birth because we were in the hospital now.  If they helped, it was considered to be rude and over stepping the boundaries of the nurses already working there. My husband was located in his hotel room far far away anxiously awaiting my phone call to tell him that his daughter had been born. He was a great source of support for me during the births of our first two children; however, his absence for the birth of our third child left me with a profound sadness that I will always remember.  While we both agreed to him taking this new job, which took him away from our family for four months, it still was difficult to be without him in a new state with no one around that on whom I could call for support.

Shortly after my daughter was born, I recall my apprentice mid wife telling me that I was very efficient. I retorted that since I’m Italian it was because of all the olive oil I consume. All of my babies just slid right out of me.

As I look at my youngest in these photos, and all my kids for that matter, I really do love them. I would take a bullet for them. I would die for them as most parents would.  I want them to be happy.

And yet I feel like motherhood is not for me. I don’t enjoy mothering. I don’t enjoy being the referee. I don’t enjoy the thankless and disgusting jobs of being a mom. It doesn’t fulfill me as I have heard it does for other moms.  I find myself repelled by being with them. When I leave the room to get away from them, because near them is difficult for me,  they follow me like a baby deer follows its mama. That’s their job and I find it to be so endearing.  So much so that I wish they had another mom who would enjoy them more than I do because they completely and unequivocally deserve that.  I made 3 choices and I have to live with it. I don’t blame them. It’s not their fault. And I love them. So, I breathe and force myself to engage so that I don’t feel like such a loser.

You could say I am living out of my integrity every day and I do it anyway. And for that I am proud. Doing something that you don’t like and doing it anyway. I’m a champ and I keep going because the alternative, running away, is even worse.

I do things now to help me cope; meditating every day, exercise, reading lovely books that inspire me, listening to encouraging podcasts, going outside of my comfort zone and making friends, growing my business.  While all of these activities help me greatly and pull me out of my depression and resentment, I still struggle.

My third child is a sweetie (I deserve one of those!) while my other two are hell on wheels. I love them all and it is still difficult. As moms, we keep going when the going gets tough. I tell them I’m proud of them. I tell them I love them. I give them hugs. I try to teach them how to be good humans.

When I look at the photos up above of me and my youngest, this looks like the mom who I really want to be. So I keep looking at it and hoping, one day, I can be that.